Steven Bradbury was a speed skater and had won a bronze medal at a previous Olympic Games in a speed skating relay. In 2002 the Winter Olympics were held in Salt Lake City, Canada. Prior to these games, Australia had never won an Olympic gold medal at the Winter Olympics. At the conclusion of the games, Australia had won two gold medals. Steven Bradbury was Australia’s first Winter Olympics gold medalist. The way he won the race was amazing. Watch the videos carefully, listen to his story and respond in detail to the tasks that follow the video.

–       Explain how Steven Bradbury would have felt during the race.

–       Explain how Steven Bradbury would have felt at the end of the race.

–       Describe how the other competitors would have felt.

–       Do think this is a dangerous sport? Explain your answer.

Last week we bagan to understand the Olympic Games and its importance throughout the world. Today you are going to use the videos to complete a descriptive look and learn task.

– Explain what the Olympic Games are.

– Explain how the athletes would feel to compete for their country at the Olympics.

– Explain how the atletes feel after they have won a competition.

– Describe the noise from the crowd during the Sydney Olympic games in 2000.

– Describe how Cathy Freeman felt after her race.

Tiger temples in Thailand are very popular attractions for tourists, who are able to pay money to have close encounters with tigers.

Last week, authorities raided a Tiger Temple in the capital city of Thailand and what they discovered was shocking.

Together we will read the following article about the discovery in the Tiger Temple. 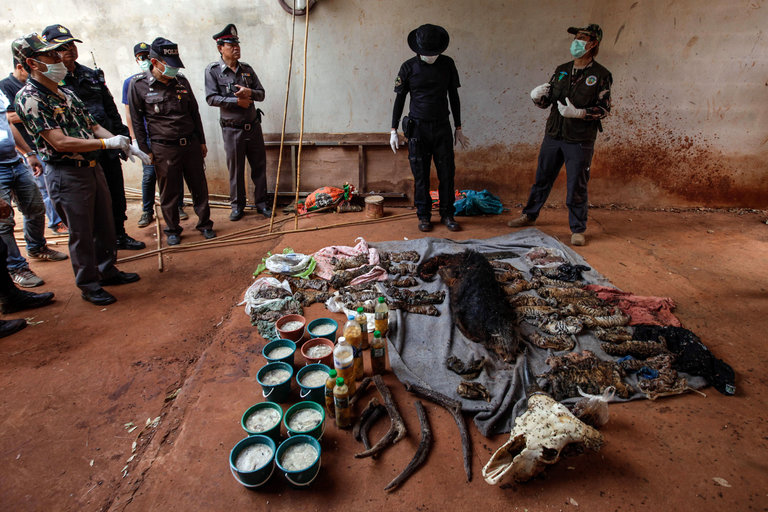 Many people pay money to see tigers close up. The tigers in the Tiger Temples are not treated well. Many are drugged and their enclosures are nothing like their natural habitat.

For your look and learn task today you will respond to the following tasks in as much detail as possible.

Today we are going to complete a look and learn task based on orang-utans. Watch the video clip very carefully and then with a partner you will complete the tasks below in as much detail as possible. Remember to read through your post before sending and ensure what you have written makes sense.

–          Describe what may happen to orang-utans if something is not done to stop deforestation.

Today we are going to watch a video about animal trophy hunting. Watch the video carefully and at the end of the video you will need to explain whether trophy hunting should be legal or illegal with some evidence.

Today we are going to complete a look and learn task based on deforestation. In our inquiry unit we have identified deforestation as a reason why some species are becoming endangered.

Carefully watch the video below and then complete the look to learn task with a partner.

Deforestation Video
Respond to these tasks in detail.

– Explain what deforestation is.

– Describe how deforestation can make some species endangered.

– Why does deforestation happen?

– What animals do you think are affected by deforestation?

Make sure you read your post very carefully before posting.

Over the past 2-3 years, shark attacks have become more common. Many dangerous sharks are protected species, meaning they cannot be caught and killed by fisherman. Many people believe that sharks should be killed because they are becoming more dangerous and in Western Australia, they have started culling sharks if they get to too close the shore.

Many other people believe sharks should not be culled for a variety of reasons.

Look at the images, watch the video clips and then provide detailed answers to the tasks below in a blog comment.

Describe why there has been more shark attacks recently..

Explain why some people think sharks should be culled…

Describe why many people think sharks should be left alone…

What is your opinion? Do you think sharks should be culled? Why/Why not?

Below is the healthy food pyramid, which fits into our theme this term of happy, healthy me.

Look at the healthy food pyramid below and complete the look and learn tasks in as much detail as possible.

– Explain why you think the healthy food pyramid exists.

– Describe what you think the healthy food pyramid is.

– Explain why you think sugary foods and fast foods are not included in the healthy food pyramid.

– Describe the foods and drinks you like to eat.

– Explain if you like or dislike the foods in the healthy pyramid.

One of the biggest mini beasts in the world is the goliath bird eating spider. Today we are going to watch a short video clip about the spider before completing a detailed look and learn.

– Describe in detail what the goliath bird eating spider looks like.

– Explain how the spider catches its prey.

– Describe what the spider can do to protect it self.

– Are you happy that this spider is not found in Australia? Why/why not?

During the holidays a strange and very uncommon shark was caught near Lakes Entrance.

It has up to 300 razor sharp teeth, grows to lengths of two metres and is mostly found in ocean depths below 400 metres.

Described by some media outlets as “hideous”, the prehistoric creature looks part-eel, part-shark and shocked fishermen when it was found in waters off south-eastern Victoria.

Last month, David Guillot, skipper of the trawler Western Alliance, was fishing near Lakes Entrance in Gippsland when he pulled up a specimen in water more than a kilometre deep.

Mr Guillot was fishing for dory and sea perch in waters about 1.1 kilometres deep when he came across the shark.

“I’ve been at sea for 30 years and I’ve never seen a shark look like that,” Mr Guillot told Fairfax Radio on Wednesday.

“The head on it was like something out of a horror movie. It was quite horrific looking … It was quite scary actually.”

He described the shark as being about 1.5 metres long and “like a large eel … the body was quite different to any other shark I’d ever seen”.

Complete the following tasks in detail in Microsoft Word before posting it as a comment on this post.

Lions have been called the ‘King of Beasts’ for centuries and for good reason too – Not only are they majestic looking, but also, at the top of the food chain.

Watch the video and complete a very descriptive look and learn.

– Explain what is happening in the video.
– Describe why the lions attacked this elephant.
– Explain the feelings that the two types of animals would have had during the altercation.
– Do you believe lions should still be called the ‘King of Beasts’? Explain your answer.

Watch the video and complete a very descriptive look and learn.

Describe in detail what is happening in the video.
Explain how these sports people would have felt after their events.
Explain what messages and life lessons people could learn from this video.